By Nathan Teahon, V.P. of Operations

I have been in call centers where there is a floor of B2B Telemarketing agents, and it is quiet as a mouse. There is no supervisor working the floor, encouraging the team, or pushing them to hit a goal. Even worse, there is no goal even visible to anyone that cares to know it. There is nothing on the walls, no marker boards, no visuals letting the B2B Telemarketing agents know how the team is doing that day. Certainly nothing that is showing them how they are doing in comparison to others.

Most organizations that provide telemarketing services aren’t like that, but I have seen it more times than I care to admit. And I just don’t get it. The telemarketing services industry is unlike any other. First off, let’s put it out there: making phone calls one after another all day long is not an easy thing to do. Keeping things fresh and exciting for the team is important.

At Quality Contact Solutions, we are fortunate enough to have the Queen of Incentives working as an Operations Manager on our team. Her name is Shannon Svasek and I had the opportunity recently to sit down with her and ask her some questions about incentives in the telemarketing services world.

Nathan: You put a lot of effort into creating fun incentives for your team. Why do you feel that incentives are so important in B2B telemarketing?

Shannon: Incentives are important because they give the agents something fun to track and work towards, and that adds a little excitement to their day.  We all know it’s important to keep telemarketing employees engaged and excited to work for sales. And we all know that some telemarketing sales agents are self-motivated and some are perhaps less so. So, then the question becomes…how do I constantly motivate my telemarketing agents and get them to perform at the top of their game on a consistent basis?  Games and incentives are a great way to do that!

Nathan: What are your favorite games and incentives and why?

Shannon: The games that are most popular give everyone a “fair shot” at the prize, as well as games that contain several smaller prizes vs. one or two larger prizes.  These games are a bit more involved to run and take a fair amount of time to plan and run but are worth it in the long run because someone is winning every single day, and every day there is something at stake. I also prefer to run games and incentives that last 1 full month, vs. say 6 months long.   When you run a game with only 1 or 2 larger prizes, some agents lose hope, and have the mentality that “I never win, so why try?”.  If half of the team isn’t motivated halfway through the game, then the incentive is no longer accomplishing its goal, and could even be demotivating. The whole point of running an incentive is to keep telemarketing sales job exciting and fresh, and if you are running an incentive for too long and it loses the excitement that it was intended to have, you are going backwards.

Nathan: What prizes do telemarketing sales agents tend to find the most motivating?

Shannon: The most motivating prizes are gift cards. We have built a really cool Gift Card Portal that the team absolutely loves. Everyone has a login to the web-based portal. As each individual wins prizes for various incentives, the prize amount is loaded into their account. At the agent’s discretion they are able to log into their account and redeem their balance for various gift cards. We have inventory from Wal-Mart to Buffalo Wild Wings to Amazon, and the list goes on. It is common for the agents to use their account as something similar to a Christmas Club Savings account and many “stock pile” their winnings to redeem for gifts. Others like to redeem them right away and enjoy a meal out with their family. Giving them various options that are “fun” is important. Straight money is always great, but this gives team members the excuse to have some fun and go out for dinner when otherwise they might stay in.

Nathan: Is it possible to run too many incentives and if so, what is the downside to that?

Nathan: What are the keys to running a good incentive program?

Shannon: 1. It has to be clear – from an agent perspective, what do you expect of me? What do I achieve if I win?  2.  It has to be fair – everyone needs to feel like they can win, otherwise it is going to be demotivating. 3.  It needs to boost sales – the goals need to be a stretch, so for example if telemarketing sales agent is expected to be at 100% of goal, the incentive should provide the reward for achieving 115% of goal. Hitting goal is the expectation; we want to reward people for exceeding that goal. 5.  The game needs to look fun – be colorful, use pictures, and have themes that revolve around sports, holidays, or anything that represents the likes and interests of your team. The goal is to keep it fresh, exciting, and motivating for the team. If it looks dull and boring, it probably will be.

Nathan: What is the value in individual vs. team incentives? Competition vs. behavioral?

Shannon: The value in team incentives vs. individual incentives is that with team incentives you get the entire team to work together, but if a couple on the team are not as strong as the others and the team achieves, then you are rewarding the entire team. You run the risk of someone pulling down the team and earning a reward that possibly didn’t deserve it, however most people go in with the mentality that they don’t want to let their team down. However, in the instance that someone doesn’t care as much about that, then the rest of the team will be aware of that and it can leave a sour taste in their mouth. However, if that is the case then there is probably a different issue that needs to be solved for. When you incent the individual then you are awarding them for their job well done, and when you hold all on the team to the same expectations, you really still get the team effort (from everyone on the team) but you are just incenting those who truly earned it.  Incenting both sales goals and behavioral goals are important and you can easily include both into your game.  Some people forget about incenting for good behavior like good QA scores, perfect attendance, and teamwork, but if done right can be very powerful.

Homebased telemarketing services is a win-win for everyone

Find out why home-based telemarketing services are a win-win for both employees and employers. 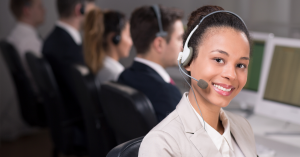 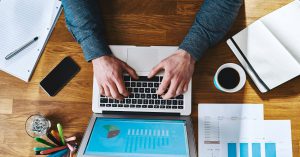 In telemarketing, accurate and timely data is fundamental in making intelligent business decisions.

Learn how we can help grow your franchise with outbound telemarketing.

Our goal is to help our customers in the best way possible.