by A.J. Windle, Director of Operations 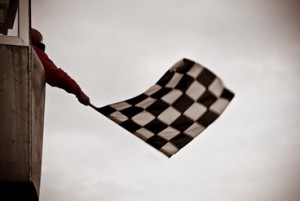 Outbound Marketing is a performance driven channel and everyone is working to pull the right levers to maximize results. Think of it like a NASCAR race, just like there are hundreds of cars vying for the winning position there are hundreds of Outsourced Telemarketing firms looking to produce the highest results. So if everyone has a car with an engine and every Outsourced Telemarketing firm can make outbound phone calls then what separates the competition? It’s management, technology, dialing strategies and the levers each team pulls to maximize results. Quality Contact Solutions is a highly specialized Outbound Marketing firm that has a tremendous amount of management experience and knows exactly what levers to pull to increase results on each client program. Let’s take a look at some dialing strategies that will help your organization rev up your outbound marketing engine. END_OF_DOCUMENT_TOKEN_TO_BE_REPLACED

Managing Inbound incentives for Telemarketing Services can be pretty easy if you know your team, what they like, and what drives them. It’s also the fun part of the job, for both the frontline team and us as managers. It’s a tough job, and shame on us if we don’t take every opportunity we can to make the job more fun. END_OF_DOCUMENT_TOKEN_TO_BE_REPLACED

The use of virtual agents is continuing to grow in the telemarketing services industry. It’s certainly a popular way to reach a wider talent pool without geography constraints. Employees have to be the right fit for working in a virtual environment, but for those that fit, they love working from home. END_OF_DOCUMENT_TOKEN_TO_BE_REPLACED

Most trends tend to go in ebbs and flows. I’ve been in the Telemarketing Services industry for more than 15 years, and I have observed that offshoring has morphed from a dirty term to being the trendiest thing everyone was doing, and back again. You know what? Offshoring compares very well to the Kardashians.

How is offshoring like the Kardashians? Both found extreme peaks of popularity due to having a feature that many found to be mesmerizing. For offshoring, that feature was a low price point. For the Kardashians, I am honestly not sure. Perhaps people just like witnessing train wrecks? However, both have come down from their peaks as many have realized that there are pitfalls lurking behind what mesmerizes. For offshoring the pitfalls are many: decreased customer satisfaction is at the top. For the Kardashians I can only imagine that mental degradation tops the list. END_OF_DOCUMENT_TOKEN_TO_BE_REPLACED